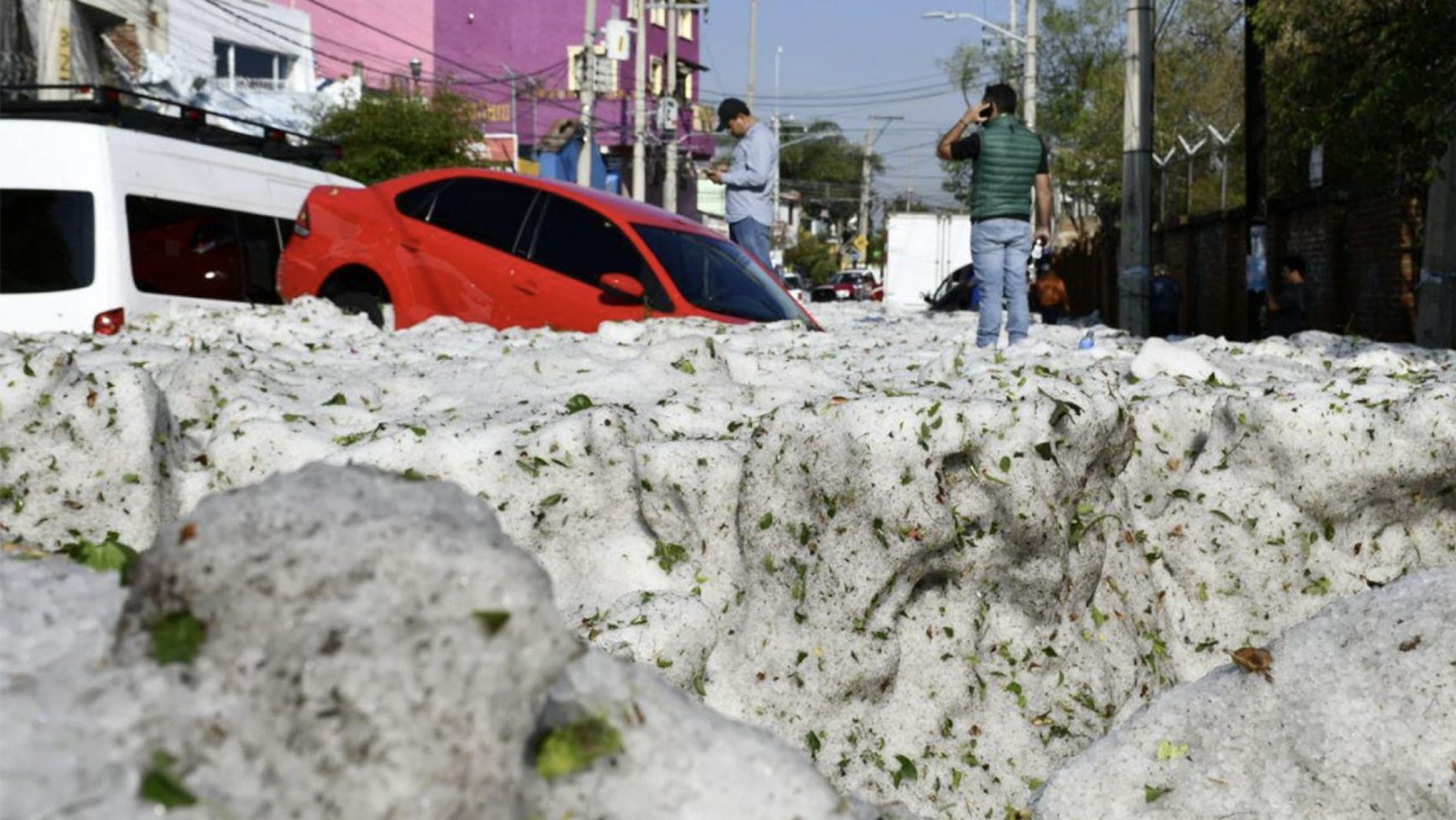 A freak hailstorm hit the Mexican city of Guadalajara over the weekend, burying cars and swamping streets with up to 5-feet of ice. Sunday’s hail came after several days of warm and dry weather, with temperatures of 90ºF.

The Mexican army has been helping city workers clear the streets, said Jalisco state governor Enrique Alfaro, and diggers were out in force to help the public shift huge chunks of ice. The governor added that, most importantly, nobody had been injured or killed. From a population of 5-million, around 200 homes and businesses reported damage from the hail.

Being 5,100-feet above sea level, it’s not that unusual for Guadalajara to be hit by severe weather, although this recent storm is something of an anomaly.

Hail forms when a water droplet is picked up by updrafts of warm air in a thunderstorm travels well above the freezing level and then freezes, according to the National Weather Service.

“As the frozen droplet begins to fall…carried by cold downdrafts…it may thaw as it moves into warmer air toward the bottom of the thunderstorm,” the NWS states. “Our little half-frozen droplet may also get picked up again by another updraft…carrying it back into very cold air and re-freezing it.”

The journey in the updrafts and downdrafts of a thunderstorm will add another layer of ice to the frozen droplet until it finally falls to the ground as hail.