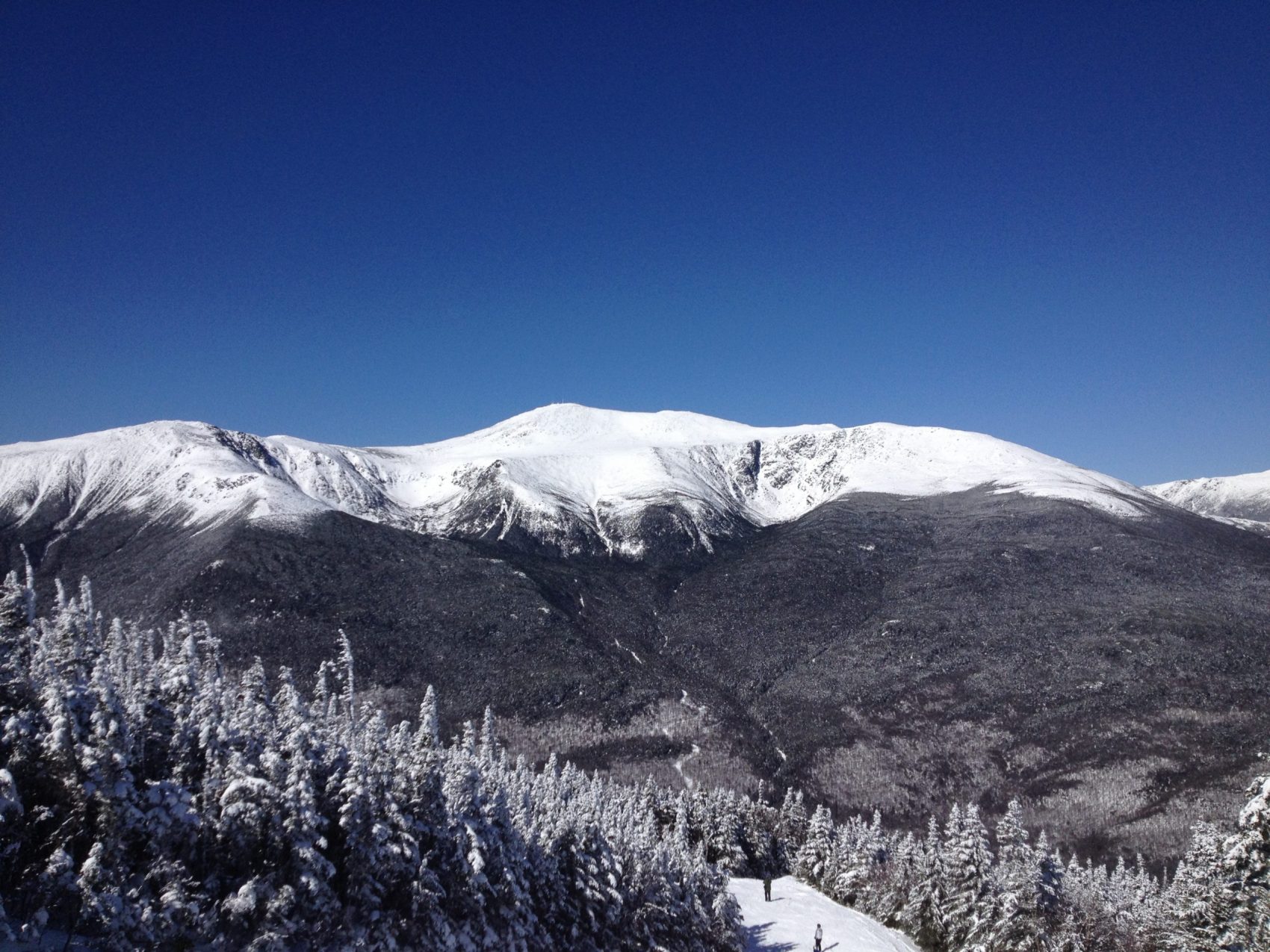 Mount Washington, in the heart of the White Mountains of New Hampshire, is notorious for having the “worst weather in the world.” Many people may wonder how its weather could rival that of places like Antarctica, Mount Everest, or the Sahara Desert. Mount Washington has the second-fastest wind speed ever recorded on Earth, and the fastest wind speed ever recorded by a human at 231 mph (372 kph). It may seem odd that in the heart of New England there could be a place that is so harsh, but there are several factors that make for a perfect storm.

A Confluence of Weather Patterns

North America has three major wind patterns that flow west to east. These three patterns all happen to converge over the White Mountains. In addition, that wind travels unimpeded for more than one thousand miles before it reaches the peak of Mount Washington at 6,288 ft (1,916.6 m). This extremely long fetch means that high winds are quite typical as the mountain is significantly taller than any of the surrounding peaks.

The second factor for wind also has to do with how tall the mountain is compared to its surroundings. The Presidential Range, of which Mount Washington is the highest peak, runs north/south. With Washington in the center of the range, all of the weather gets funneled up and over the summit. As the air flows over the summit it gets pinched between the peak and the tropopause, which is the upper boundary of the troposphere. This is known as the Venturi effect. The simplest way of visualizing this effect is to think of it like putting your finger over the end of a garden hose and having the water speed up as it exits the hose.

Worst Weather in the World

When recreating anywhere along the Presidential Range the indicators of an extreme climate are all around you. Treeline in the White Mountains is about 4,400 ft. due to the harshness of the environment. Near treeline, all the trees are flagged, meaning they only have branches and foliage on the leeward side of them. This is due to the intense winter winds that almost always come out of the west. There is virtually no soil above treeline as well because it is too harsh for anything to survive beside lichen on the bare granite.

Living at the summit, observers from the Mount Washington Observatory keep track of the extreme environment. They take hourly weather readings 24 hours a day, 365 days a year. With hourly data starting in 1932 the Observatory has some of the best weather records in the world. This data is crucial in understanding our changing climate and what we can expect in the future.