2 dams busted in central Michigan on Tuesday forcing the evacuation of thousands of residents and causing the national weather service to issue a flash-flood warning for areas near the Tittabawassee River.

The dams were the Edenville Dam and the Stanford Dam near Midland, Michigan. It is believed that severe flooding in the area had put too much pressure on the dams causing them to break open.

The New York Times reports that downstream effects are expected from Midland to Saginaw. 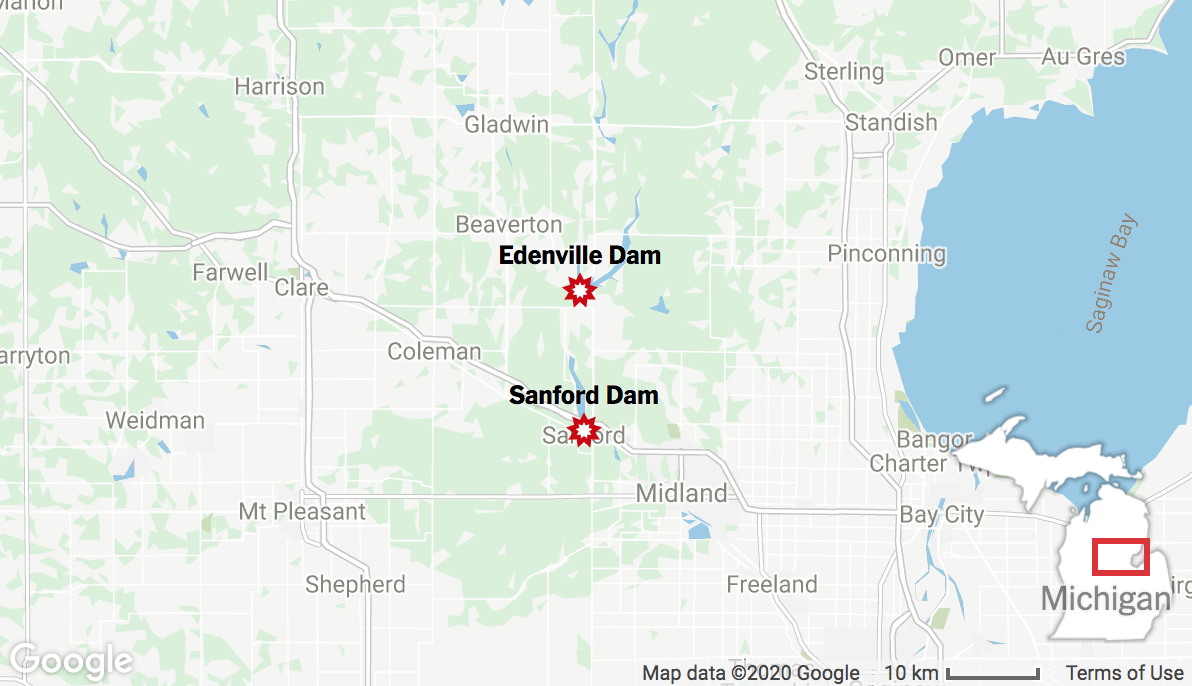