This report is from January 24, 2021, at Alpine Meadows, California.

Brought to you by Squaw Valley/Alpine Meadows

The snow finally returned to the Sierra this weekend, and it came in cold, light, and dry. Alpine Meadows reportedly received about 4″ (inches) of snow on Friday and Saturday, which helped the resort reach 100″ inches of total snowfall on the season. The fresh snow was of excellent quality, but you could still feel a hard, icy crust underneath.

The best turns of the day were found where the wind had deposited fresh snow in the trees, gullies, and bowls of Alpine Meadows. Some of the low angle pockets of powder were skiing great, but if you made any steep turns, you were going to scrape the icy bottom.

The morning started mostly sunny with a slight breeze. I overheard someone mention it may have been the coldest day of the year thus far. I am not too sure about that, but as the day went on, the winds got stronger, more clouds arrived, and the temperatures started to fall.

Ridgetop winds were gusting and increasing in intensity as the day went on. Another storm was rolling in with more snow expected Sunday night and Monday morning. The wind and clouds brought the sun in and out, so visibility was good for most of the day. By the time I left in the afternoon, the sky was getting darker with the arrival of the first of several storms forecasted to hit the Sierra in the coming week.

There has been nonstop chatter and excitement about the forecasted storms that could reportedly drop an additional 100” of snow over the next ten days. Similar reports are forecasting 5-8 feet of snow this week! This past weekend was just a preview. All lifts were open except for Sherwood and Lakeview, which have not been open yet this season. That could change this week as an atmospheric river is expected to bring heavy precipitation to the Sierra. 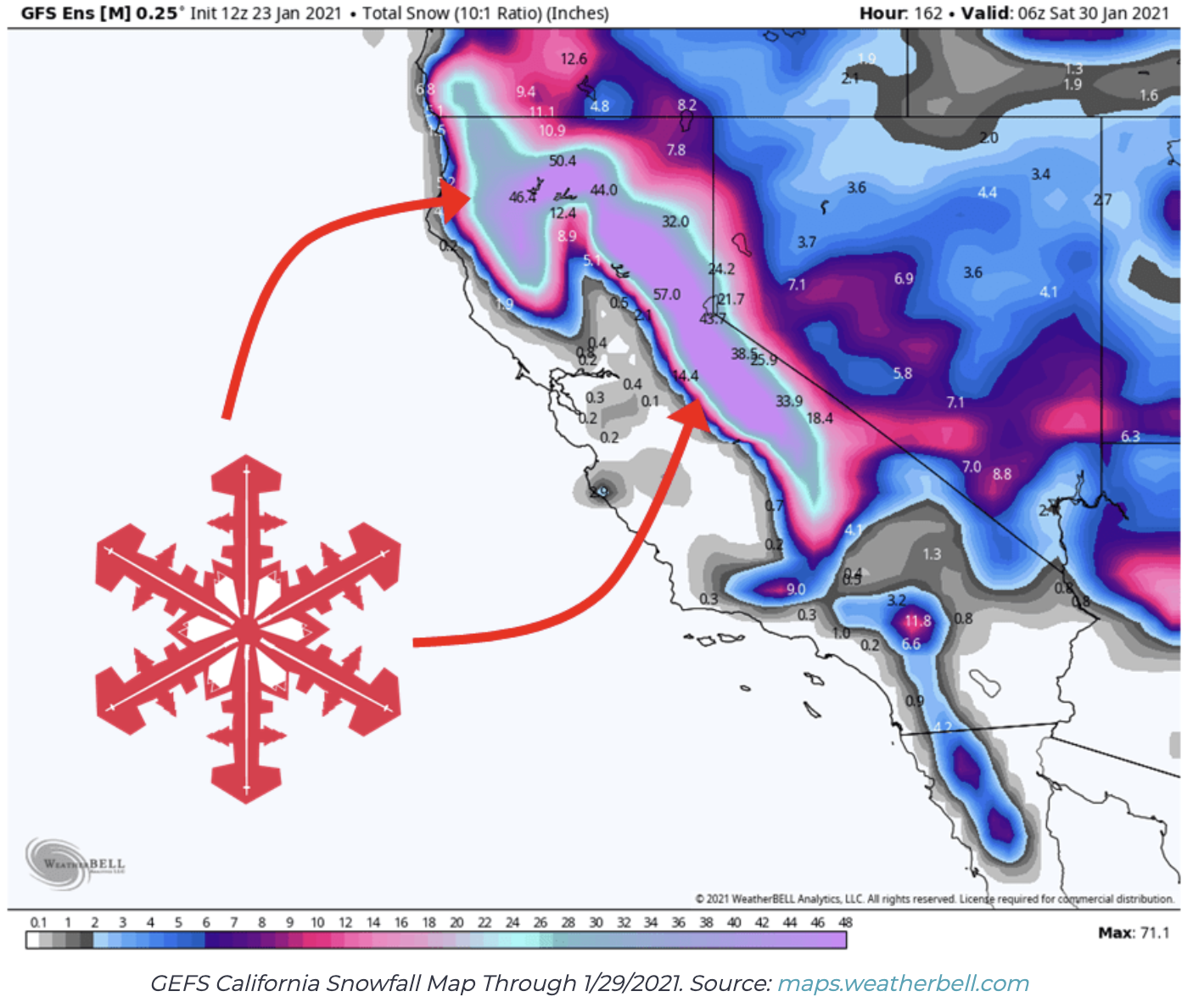 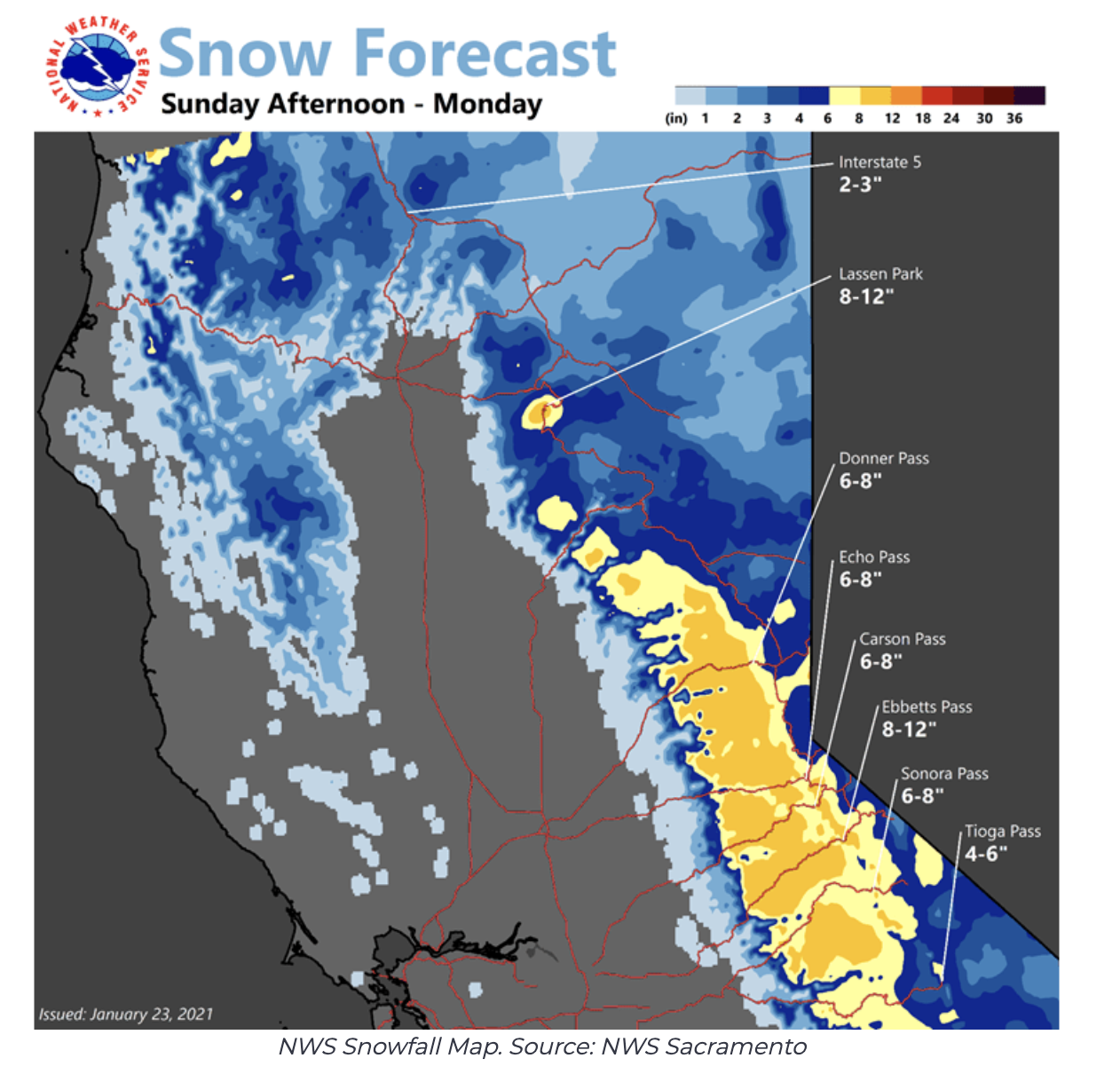 The parking lot was filling up quickly in the morning, but people started to clear out as the approaching storm intensified. Approximately 3-7″ inches are expected to fall tonight. Monday morning could be a sleeper powder day. Saturday was reportedly busy enough for the parking lots to start to fill up by 9:30 a.m. Sunday’s shallow and firm conditions, as well as the incoming storm, seemed to keep more people at home. By noon, one could lap every chairlift as lift lines became non-existent.

So far this season, Squaw Valley and Alpine Meadows (SVAM) and the other ski resorts in the Tahoe area have been measuring storms in inches. However, if the forecast holds, the Sierra may see FEET of snow by next weekend. Just take a look at the forecast for Wednesday and Thursday below. So wash your car, do your snow dance or take a polar plunge in the lake because this is what we have all been waiting for since the season was abruptly cut short last March.