Yesterday was one of the best days of my life.

Just the 1-hour drive north from the town of El Chalten was otherworldly with a winding turquoise river, views of the majestic Fitzroy Towers, waterfalls, and enchanted forests.

Note:  This was day #3 of our 2,500 road trip from Ushuaia, Argentina to Torres Del Paine, Chile to El Chalten, Argentina and back.

Once I finally started hiking, I truly appreciated how special these forests are here with their babbling brooks and vertical trails.

The trail was so straight up that it had ropes with knots hanging from tree to tree for about 100 meters at one point.

Once the trees started to thin, I emerged unto a sparkling azure lake.

The lake possessed an aquamarine color I hadn’t quite seen before.

It almost felt tropical at times.

Here the trail ended and a ‘mountaineer’s trail’ began.

I followed the rugged trail up a knife-edge moraine to treeline.

At treeline, it was moss footholds on a slick granite slope until the snow.

At snowline, I dropped my shoes and switched to skins, skis, and boots.

Gabe, my road trip partner and fellow guide was ill this day and couldn’t join.

As I looked up at the glacier-covered mountain, my blood boiled with desire.

Had Gabe joined me, we could have roped up and gone for the summit up the glacier.

Alone, there was no way to safely traverse the glacier.

I skinned up the non-glaciated piece of the mountain and began getting buffeted by the wind.

I was nearly knocked down a handful of times.

Catabatic winds were swirling, blasting, and throwing snow down the 3,000-vertical-feet of glacier above me then slamming into the subpeak I was climbing.

On top, it was wild at times.

I’d stuck my skis into the snow firmly and turned around to check out the view when one ski came flying through the air, hit me in the leg, and nearly flew off an irretrievable cliff…

The wind was vicious.

Had Gabe been with me, I still wouldn’t have continued up.

As I descended, the snow turned to all corn and was rippable.

On my way up, I’d noticed an open glide crack that I mentally marked to avoid.

I accidentally ended up skiing right over it but a quick ollie got me clear of it without issue.

Back at my shoes, I was singing.

I changed back into my shoes gaping at the view of the Fitzroy and the aquamarine lake below.

The views of the lake & Mt. Fitzroy lasted another hour during my descent before I was engulfed by forest and stream.

One of the coolest days of my life. 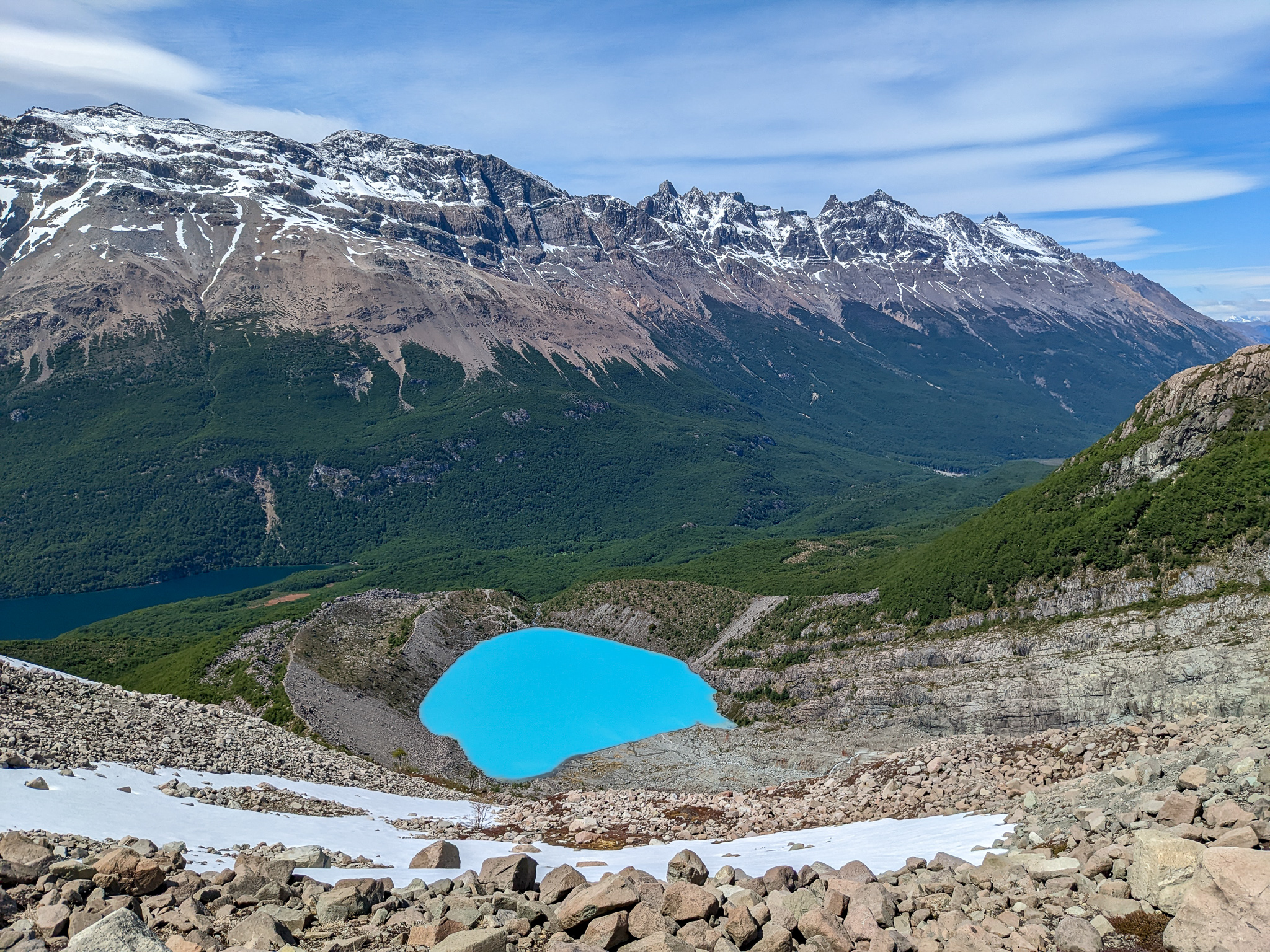 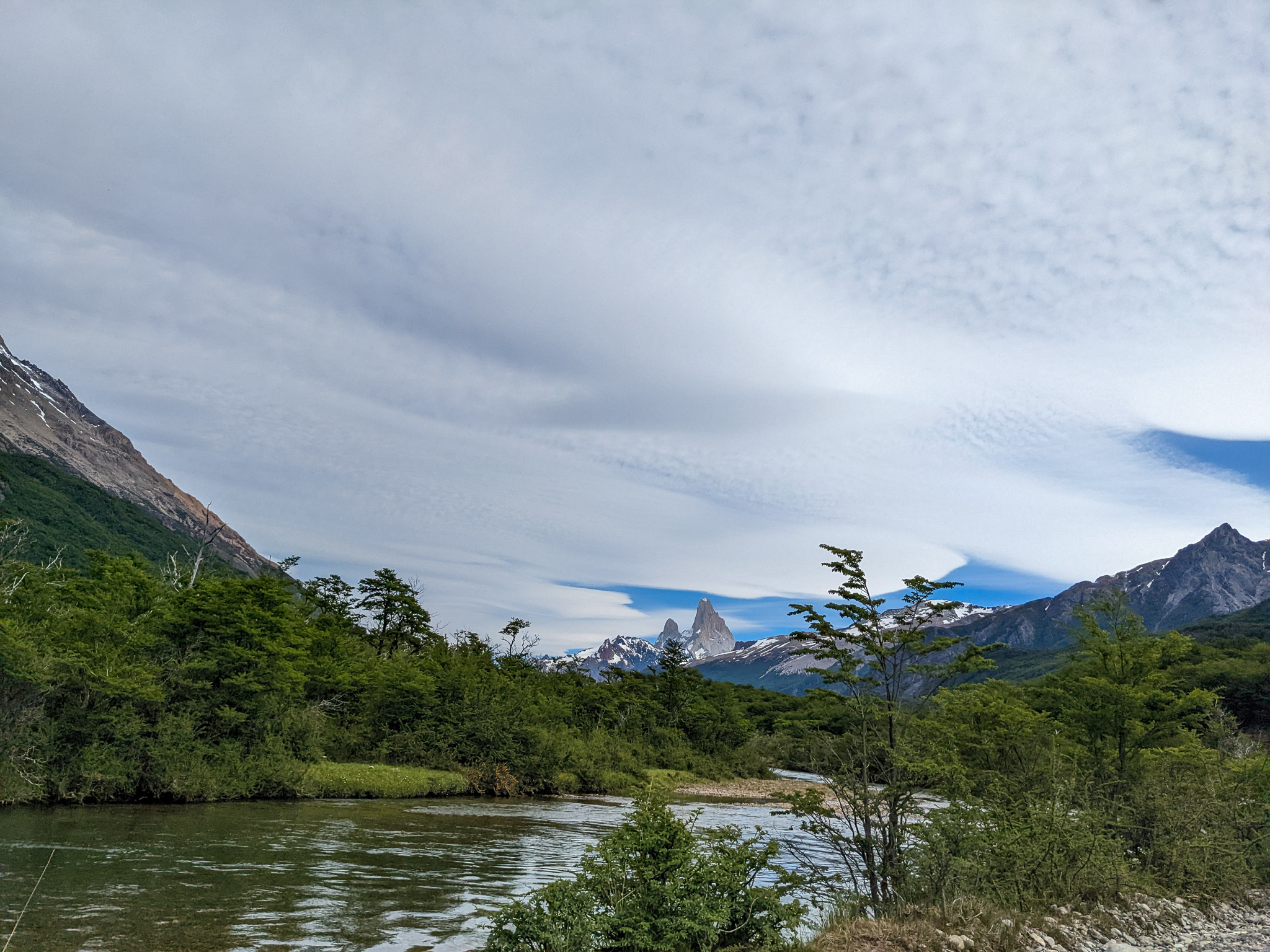